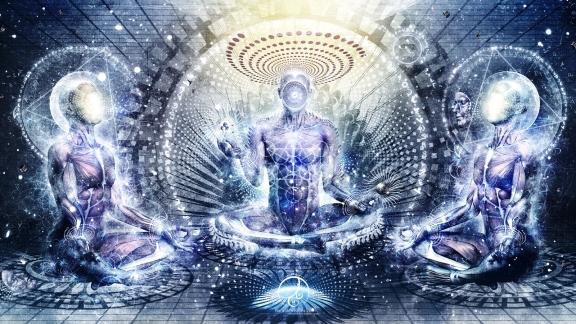 If I removed once cell at a time from your body, at what point would you not be you? catiestewart.com

Researchers are on a seemingly endless quest to discover precisely how DNA and RNA function. A great deal remains a mystery in the field of genetics. In fact up until around one year ago, when scientists captured a photo of DNA, no one knew with absolute certainty what it looked like. The double helix idea was always just a theory.

In a recent ground breaking discovery researchers from the University of Chicago witnessed a never before scene mechanism of gene expression. The researchers found a single gene that encodes two separate proteins from the same sequence of messenger RNA. Let me explain.

Related Article: Women Who Give Birth to Men Have Male DNA in Their Brain for Life 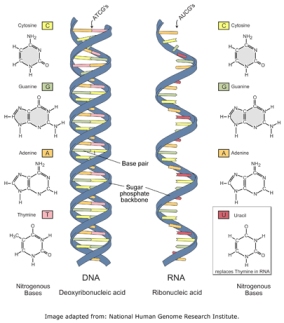 This is from a nucleic acid photoshoot. http://www.tutorvista.com

DNA and RNA are similar in that they both contain a genetic blueprint of an organism. They do however differ in several ways. First, RNA comes in three forms: messenger, transfer, and ribosomal.

mRNA (messenger)- The function of mRNA is to carry genetic information from the DNA in the nucleus to the ribosomes of a cell.

tRNA (transfer)- The function of tRNA is to bring the correct amino acid to the ribosomes in the cystosol.

rRNA (ribosomal)- The function of rRNA is to create new ribosomes.

They also differ in that they each incorporate a different sugar molecule in their structure. Also, where DNA has two strands of nucleotides, RNA has only one strand. For the sake of simplicity think of RNA as DNA’s co-conspirator in the continuation of life. In fact, some researchers speculate that life originally depended entirely on self-replicating RNA, rather than the DNA, RNA, and proteins that it depends on to proliferate today.

So, up until this point we thought we had a pretty decent, overall idea of how DNA and RNA functioned. This study just came out of left field and whispered into the collective ear of geneticists around the world: “You know nothing…”

This bundle of RNA and proteins is called a Ribisome.www.itsokaytobesmart.com

The study is a big deal because it is the first time that scientists have ever viewed anything even remotely similar. According to Christopher Gomez, MD, PhD, professor and chairman of the Department of Neurology at the University of Chicago, who led the study,

This is the first example of a mechanism in a higher organism in which one gene creates two proteins from the same mRNA transcript, simultaneously. It represents a paradigm shift in our understanding of how genes ultimately encode proteins.

There is a special sequence in the mRNA known as an internal ribosomal entry site (IRES), a site that tells ribosomes to create a protein from the mRNA sequence. The IRES is normally found at the beginning of an RNA sequence, however, in the particular mRNA sequence that the researchers viewed the IRES was in the middle of the sequence, alerting ribosomes to initiate the creation of a second protein from the same sequence.

You can check your ancestry, health risks, and more through a DNA check that costs $99. 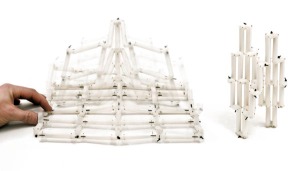 3D printing has of late become the hottest discussed news. With this new age printing method we can create guns, replicate handy tools, and even create stem cells to print organs. With 3D printing becoming more accessible and developed further, we of course now have to turn to the world of 4D, a world where things make themselves, without outside intervention!

The world of 4D printing is a world that is yet to be fully realized though research into it has already begun. Exciting new developments in this field will lead to more efficient explorations of the next frontier! Hints of a better lifestyle also  come promised as more is learned about this new self assembly system. This passive self assembly system could be the next step to developing AI and creating a new, always adapting system of thought.

Imagine robotics-like behavior without the reliance on complex electro-mechanical devices!

Although it is still being developed, even in early stages, the potential for 4D “printing” is outstanding and very real. Shake a passive cube system and you get a desired structure! As Skylar mentions in the Ted talk:

Bridges, buildings, and structures can self assemble through previously programmed data.

A machine that creates itself based on data could be advantageous in war-like scenarios where a bridge for transports is needed. Set a self assembling robot to work if a base camp needs to be set up quickly while manpower is used more efficiently on scouting and gathering intelligence. It could even lead to the development of this guy… 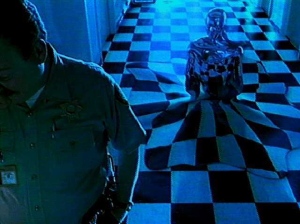 He could be a bad-ass soldier and all, but why is this important to you and I? With all this advancement hopefully we will get to the point where our conveniences become that much greater with the use of these 4D inventions, that is, as long as our reliance on robotics doesn’t also increase exponentially in the process. As convenient as our lives can become through technology, I remain a firm believer and enthusiast of personal connections and interactions! Less is sometimes more… but until then…

The Singularity is Nigh Upon Us.

Wondergressive: The Singularity is Nigh Upon Us

Jakob Boehme, a simple shoemaker born in the 15th century, suddenly realized one day that “God was a binary, fractal, self-replicating algorithm and that the universe was a genetic matrix resulting from the existential tension created by His desire for self-knowledge.”

Talk about incredible! A man whose education consisted of the Bible and proper sole curvature came up with a postulation that unifies religion and contemporary quantum theories of the universe during a stroke of intuition. The man has gone on to inspire such minds as Friedrich Nietzsche, to Georg Willhelm, to Philip K. Dick to Adam Weishaupt.

A mind far ahead of it’s time!