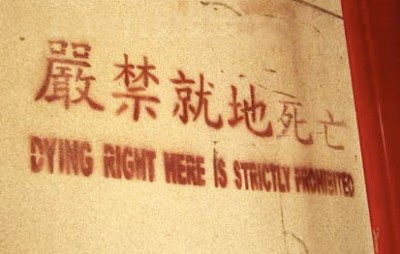 Tony Nicklinson was denied the right to die, being condemned to an inescapable life of, in Nicklinson’s words, “increasing indignity and misery.”

Despite lawmakers infringing and stepping on the only peace and dignity that remained for Nicklinson by telling him it would be illegal to die with the help of a doctor, he died 6 days after hearing the verdict after starving himself and developing  pneumonia.

Nicklinson was 58 years old and was simply seeking an end to his  “dull, miserable, demeaning, undignified and intolerable” life after he was left paralysed below the neck following a stroke.  After hearing the judgement and weeping uncontrollably, he stated, by using a computer interface and eye movements, that “his anguish would continue.”

He was a helpless man asking for one last moment of help, “to be able to exercise the freedom which everyone else would have: to decide how to end this constant tortuous situation.”  His request for help was blatantly denied.

Dr Antony Lempert, explained that the ruling left Nicklinson with bleak options.  “Because other people regard his tortured life as somehow sacred, or are fearful of societal consequences, he is forced to endure his suffering or take desperate measures to end it. With no hope now of a quick release, he must choose between this torment and the torment of allowing his family to stand by and watch him starve himself to death.”  The latter is the sordid reality that lawmakers let happen.

What the hell is going on?  How can a someone be told that they are not allowed to end their own life?  If a man is in endless, inescapable agony how can someone claim it is better for that agony to continue than to end? Are our lives not our own?