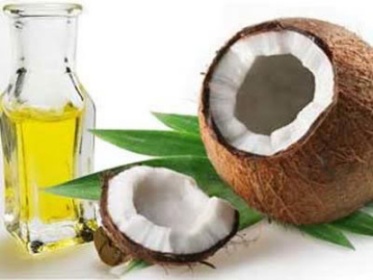 Dr. Newport has discovered that ketones in coconut oil reverse the effects of Alzheimer’s disease.

Because Alzheimer’s is like a diabetes for the brain, brain cells cannot accept glucose for those afflicted with the disease.  Ketone, a chemical identical to glucose, is easily accepted by the brain.  Ketones are found in heaping amounts in coconut oil.

Dr. Newport gave it to her husband who had very serious Alzheimer’s.   Within just a couple weeks his entire life was altered dramatically.  For example, after not reading for a year and  half, he was able to read again.  After not being able to exercise, he began exercising.  He began making jokes again, becoming involved socially, and generally having a second chance at life.

Researchers have actually created a remedy even more powerful than coconut oil, 10x more powerful in fact.  It’s known as a ketone ester.  This ester would undoubtedly treat and reverse Alzheimer’s disease in millions of people around the world within weeks. Unfortunately, they can’t get any funding. As the lead researcher states, it’s because there’s no profit in manufacturing the ester, which is proven to be reversing the effects of Alzheimer’s.

Interestingly, many years ago, people steered clear of coconut oil because it was said to raise your cholesterol. This was before doctors knew there were two types of cholesterol, good and bad cholesterol, or LDL/HDL.  Coconut oil, we now realize, raises good cholesterol and lowers bad cholesterol dramatically. This information has never been revised by the mainstream medical industry, and doctors still tell many patients not to take coconut oil due to the effect on cholesterol.

Coconut oil has many other extremely positive benefits outside of Alzheimer’s as well.  Coconut oil improves or treats:

In my personal experience, coconut oil isn’t just great for your body, it’s great for your taste buds too.  I use it to cook everything, from fish, to eggs.  I even put it on my salad as a dressing.  It adds a subtle, completely natural and life improving sweetness to whatever it is added to.  Sometimes I just snack on it, scooping it right out of the container!

My favorite brand is the cold pressed, totally unprocessed extra virgin coconut oil made by Nutiva.

2 thoughts on “Coconut Oil Reverses the Effects of Alzheimer’s, Among Many Other Benefits”