The issue of income inequality in the United States has again crept into the blogosphere through a viral video created by user politizane using data from Michael I. Norton and Daniel Ariely. It attempts to illustrate how far off the actual levels of inequality are compared to what people think is the reality and what they believe is the ideal distribution of wealth. Its creator then implicitly implores the viewer to think of ways to end this injustice by flattening out the perceived malapportionment.

My first response to the largely non-issue of inequality is a very blunt “So what?” As income inequality has increased, the standard of living has also surged to the point where it’s almost meaningless to talk about “the poor” in America these days. However, more important than the message of the video itself is its tacit endorsement of leveling the distribution of wealth in America, a proposition that is largely impossible without forcefully taking it away from the Haves. 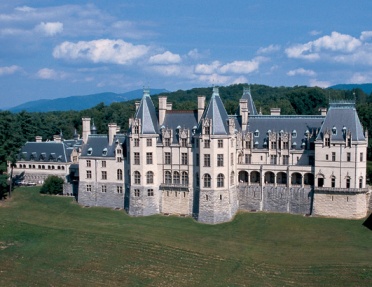 Income inequality in the United States simply isn’t scary or even an undesirable condition. In fact, it has been one of the drivers of innovation in this country, a phenomenon that helped everyone become wealthier as technological advances eventually trickled down to even the poorest in our society. The US during the Gilded Age in the late 19th and early 20th centuries had large amounts of inequality, personified by mega-rich barons of the day like Vanderbilt, Carnegie, Ford and Rockefeller. Despite this, the quality of life improved dramatically for everyone regardless of social standing. In 1850 the average life expectancy in the US was 39.5. By the end of the century it had risen to around 49 and was nearly 60 by 1930.

This boost in the standard and quality of life was accompanied with a transformational technological boom that dramatically altered the way people lived. Even completely ignoring the end of slavery and the obvious progress blacks made towards racial equality, is there anyone who really thinks that 1850 was a better time to be born than in 1900? And to think, all of the cultural, financial and industrial advancement occurred in spite of—or perhaps because of—wealth inequality. The video gives another example: the narrator states that in 1976 the top 1% had 9% of the nation’s wealth, compared to 24% today. Considering how much “fairer” the country was back then, how many of you would rather be living in 1976? Hands? Anyone?

Another problem with the video lies in its fallacious depiction of poverty in America. When illustrating the actual distribution of wealth, the narrator describes the poorest Americans as being “down to pocket change.” While there is poverty in the US and I do not intend to denigrate the people living through tough times, the fact of the matter is that poverty in America looks dramatically different than actual poverty.

Poverty is when meeting the basic needs of food, shelter and clothing is a constant struggle. People living in war-torn Afghanistan are impoverished, as are those that live in the favelas of Rio de Janeiro or the slums of Jakarta. Most poor people in the US are only poor in relation to rich people, because thankfully this type of extreme poverty is exceptionally rare in America.

The Heritage Foundation produced a very illuminating study of the realities of the more than 30 million Americans who are defined as “in poverty” by the Census Bureau. Using figures from 2005, they listed household amenities and documented what percentage of poor households separately owned each item. Over 60% owned a cordless phone, clothes dryer, at least one DVD player, more than one television AND cable/satellite service, at least one VCR, air-conditioning, microwave, stove, oven and refrigerator. Of these poor households, 38.2% had a personal computer, about 30% had Internet access and over half had a cell phone, all astonishing numbers.

Is it really appropriate to call someone poor if they can sit in their air-conditioned house and sip a cold, refrigerated beverage as they surf the net? Honestly, if 17.9% of “poor households” own a big-screen TV, then perhaps it’s time to redefine what being poor actually means.

The implications of the video and the sentiment behind it are also disturbing. Over somber music, the narrator details the actual distribution of wealth in the nation and makes pleas “to find something that is fair for hardworking Americans.” Clearly, politizane thinks wealth inequality is unfair and harmful, a societal ill that needs rectifying.

The really scary part is how some people plan on “fixing” the fiscal unbalance. France has already created a 75% upper tax rate on income over one million euros that has led some to flee the country in order to keep their money. Switzerland has also recently made it illegal to pay a CEO too much, with a penalty of up to three years in jail.

Raising taxes on the rich and penalizing “excessive” compensation smacks of petty wealth envy, punishment for the crime of having more money than someone else. The top 1% already pays 37% of federal income taxes, and the top 5% pay 59% of the total. Just how much more should they have to pay in pursuit of “fairness?”

Politizane’s video does mention the “Dreaded Socialism” and how it’s unnecessary to fully implement that failed philosophy. However, any attempts to redistribute wealth from Washington must, at their core, be socialistic. Confiscating wealth in order to be more equitable is inherently immoral, especially when Washington spends so recklessly and inefficiently that they give drunken sailors a bad name. After all, trillion dollar deficits are the new norm and Congress has failed to pass an actual budget three years in a row, with Obama’s last attempt being voted down 99-0 in the Senate.

Trying to reallocate wealth through higher tax rates, salary caps, or any other conceivable method is hazardous, unethical and largely pointless. Rather than reflexively freaking about income inequality, politizane and others who share his concerns should take a deep breath and realize that it simply isn’t the great boogeyman that they fear it is. In fact, it actually helps drive the standard of living up for everyone, because as the rich buy products that only they can afford (e.g. cellphones in the ’80s), soon enough the technology is cheap enough to positively influence all of us.

Income inequality is nothing more than a red herring meant to inflame wealth envy into hatred of the rich. By ignoring this myopic view of society and realizing that other people’s wealth is no one else’s business, hopefully we can continue to enjoy the unprecedented advances in technology that make the Internet Age such a marvelous and truly progressive time to be alive.