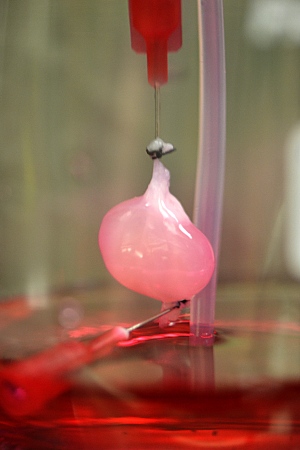 As horrific as the recent events in Boston were, it’s easy to get lost in the tar pits of negativity and despair over the state of modern society. However, such despondence ignores the reality that people around the world are now less likely to die a violent death than at literally any other time in the history of mankind. The United States is currently enjoying a decades-long plunge in violent crime rates. The general public’s obsession with gruesome anomalies like the Sandy Hook massacre and Boston bombing is blessedly based on media saturation rather than an abundance of such atrocious acts.

Contrary to what dominates the news cycle, the modern world is brimming with inspiring stories that better reflect the exaltation of our species. The bravery of everyday Bostonians running towards the blasts to aid the wounded is one such example.

Others are innovations that will dramatically transform the future of medicine and hopefully save millions of lives one day. There are currently 118,026 Americans on an organ donor waiting list, with 81% requiring a kidney. In 2011 over 6,500 people died awaiting their transplant. Scientists may be on the verge of ending the wait list altogether.

In a recent report in Nature Medicine, researchers at the Massachusetts General Hospital have successfully transplanted bio-engineered kidneys into rats. The team, led by Harald C. Ott of the Center for Regenerative Medicine, also hopes to use the technology to create new hearts, lungs and livers for patients experiencing organ failure.

Using donor organs that are not normally suitable for transplantation, Ott’s team re-animates them by first washing away native cells with a soapy solution. What’s left behind is a natural scaffold of structural proteins that can be repopulated with stem cells taken from a patient.

After stripping away the living cells, the researchers infused the kidneys with stem cells from newborn rats. Using a vacuum, they literally sucked the stem cells to where they were needed in the organs. The kidneys were then placed in chambers that mimicked a living body where they could grow for a few days. Soon enough, they began to function and were able to successfully filter waste products and produce urine.

To fully test the process, the kidneys were then transplanted into a living rat to see the results. Incredibly, the bio-engineered creations functioned and performed nearly as well as the rats’ original kidneys.

Ott says that this process is unique because it lets doctors use only the “blueprint” of donor organs and allows them to individualize the transplant and effectively eliminate the possibility of the patient’s immune system rejecting it. It also allows surgeons to use less-than-perfect organs, which will help increase the supply for people in need.

One benefit of Ott’s research is that organs don’t have to be grown, although that doesn’t seem to be a problem for organizations like Organovo, who are trailblazing the 3-D bio-printing of living tissue. I have written about my love of 3-D printing before, and the ultimate goal of Organovo’s research is utterly revolutionary: The ability to print nearly any organ, customized to the patient, on demand.

Organovo plans to start by printing relatively simple tissues like heart muscles, blood vessels and nerve grafts that can be transplanted into patients. Once the technology further advances, they wish to expand into more complicated organs and structures. The capability to replicate and replace failing hearts, livers and lungs by a simple Ctrl-P command would be an astonishing advance for medicine, perhaps beyond any other since the acceptance of the germ theory of disease.

While these nascent technologies are developing, there is a simple way to help patients who need replacement organs, particularly kidneys, today. There needs to be a regulated market for organs. Currently it is illegal in almost every country to buy or sell a kidney. This is a perverse and unfair system in which everyone benefits from the organ transplant except for the donor. The patient gets a new kidney, the surgeons and nurses get paid, but it is illegal for the donor to be compensated for the trouble of undergoing drastic surgery, sacrificing a major organ, and saving a life. I’m sure most donors feel emotionally satisfied by their decision to go under the knife, but in order to save more lives there should be a financial incentive to donate to a complete stranger.

This idea strikes many as being gruesome, a surefire path for the poor to simply sell themselves to the highest bidder. As a believer in self-ownership, however, I see no moral problem with the impoverished being compensated for providing a literally life-saving asset. Iran is the presently the only country in the world where the organ trade is legal and regulated. As a result, they do not have a waiting list for patients who require kidney transplants. The US needs to decide what’s more important, saving the lives of thousands of patients every year by paying donors, or sacrificing those lives by maintaining that the organ trade is icky.

The research by the Massachusetts General Hospital is simply enthralling, as is the technological advances of Organovo and bio-printing. Whether people re-animate, grow, or even trade them, the most important thing is to make sure the individual patients who need new organs receive them so they can lead healthy and fulfilling lives.

For all the carnage at the Boston Marathon and the general inundation of violence that we are subjected to every day, it’s important to step back and always look on the bright side of life.