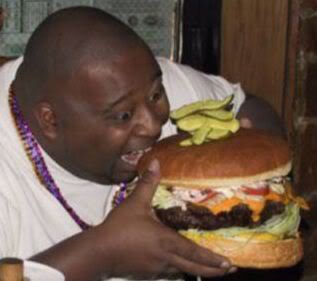 The world is growing. People are multiplying. We are all living longer. And we like to eat. How do you satisfy a horde of hungry humans that want to live a long and hearty life? In this day and age we can turn to science to answer that question.

Genetically modified organisms or GMOs are a thing of the past, present, and likely our future. It is so important for people to understand the uses and benefits of being able to mass produce food to satisfy the hungry population. Well, at least to prepare for a future necessity for more food.  A new development in the world of food has peaked my interest. The creation of the schmeat, or as I like to call it, the Stem Burger. It is meat grown in vitro, and is really quite a step in the right direction, in fact, in more than one way. For animal right’s activists it definitely is a blessing in disguise.

Related Article: I Believe in GMOs

Enormous swaths of the population can’t bring themselves to become vegan, so it’s logical to support in vitro meat if its goal is to reduce suffering of animals

Says Ingrid Newkirk, president of People for the Ethical Treatment of Animals (PETA). It would be something new, where we no longer harm animals or mass produce them, instead we’d use their cells to grow the foods we need, or clone them rather for our purposes. Playing god only as a necessity some would argue. Yes, yes…

Religious groups are crying out against stem cell research, and it isn’t likely that it will ever be fully supported, but when push comes to shove and there isn’t enough food to feed families, where will we turn? Mind you, these concerns aren’t something that we should fear or even worry about in our current state, but a stem burger could lead to other preparations for the future.

Granted, this Stem Burger actually wasn’t the best burger that participants of a taste test have tasted, however, with work, I am positive that a Stem Burger will become the number one choice for people in the future. Now if the scientific community could only use stem cells for medicinal uses without being criticized and scrutinized…

May that future come swiftly. Cheers!

Wondergressive: The Ugly Face of Overpopulation

Wondergressive: I Believe in GMOs