Everyone loves the smell of crisp, clean money, so undoubtedly, everyone will love this study as well. The simple results of a recent study performed by two industrial engineers could ensure clean money for the whole globe, and save the world more than $10 billion dollars each year.  Engineers Nabil Lawandy and Andrei Smuk have found a way to clean money instead of taking it out of circulation and sending it all to the shredder.

There are on average 150 billion banknotes being printed in the world each year. Humanity spends over $10 billion dollars each year in disposing of old and damaged money. That comes to about 150,000 tons of banknotes sent to the shredder each and every year. I guess you have to waste money to make money?

Related Article:  The 20 Biggest Wastes of Money and How to Avoid Them

Not anymore. The method Lawandy and Smuk came up with involves using supercritical CO2 (SCCO2) to clean money all around the world effectively and safely. This cheap and simple method will save humanity billions of dollars, and will spare the world a few hundred forests as well. 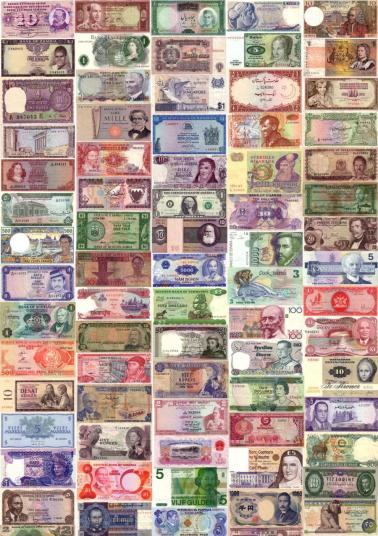 Clean money from around the world. http://www.modernhippiemag.com/

Supercritical carbon dioxide is a fluid state of CO2 that is held at or above its critical temperature and critical pressure. It is a chemical that has grown wildly popular industrially and commercially due to its cheap cost and very low toxicity. It was chosen as the best solution for cleaning money because it is extremely effective at removing sebum, the main culprit behind banknote deterioration. And yes, we are talking about the same sebum we all know and love, that oily friend produced on your face that plagued your teenage years with acne and still comes back for the occasional haunt.

Sebum is responsible for giving old money that sickly yellow tinge. Every single time you touch clean money, you are soiling it with the sebum on your fingers. And just like your teenage face, saturated in sebum and bacteria, clean money is destined to the same fate, only money doesn’t ever get to leave the awkward puberty phase. Increasing bacterial colony growth and subsequent banknote soiling is inevitable, but shredding money doesn’t have to be.

The best part about the supercritical CO2 treatment is that it is performed at a relatively low temperature of 60 degrees Celsius (less energy required) and does not damage the security features of our precious, newly clean money.

Liquid CO2 has many uses outside of shaping up our dirty banknotes into clean money. It is used in food preparation such as decaffeinating coffee, as a dry-cleaning solvent, for biomedical sterilization, and various other industrial applications.