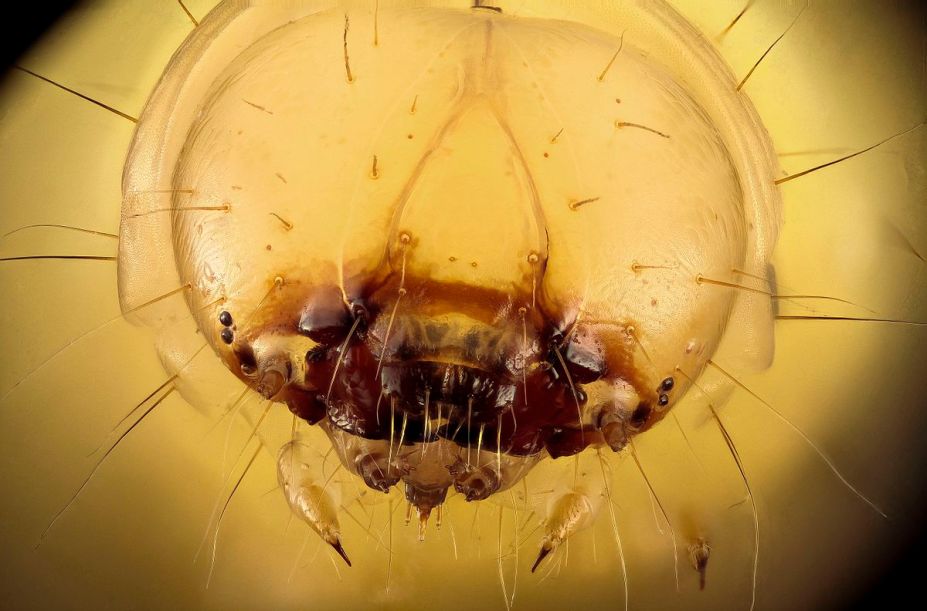 As of right now, the world is home to 6,300 million metric tonnes of a material which is recyclable but takes up to 1000 years to decompose. If you hadn’t guessed, the material is plastic. Plastic is filling the world’s landfills at an exponential rate. However, there is a phenomenal creature that can eradicate the threat of plastic landfills: the Wax Worm Caterpillar. These caterpillars have the capability to eat through polystyrene plastic. Wax Worm Caterpillars could very well be the future of decomposing waste. 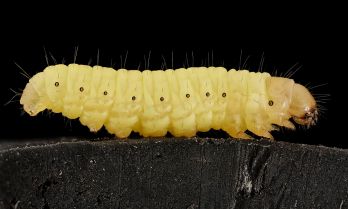 There is a fairly simple explanation to how Wax Worm Caterpillars can eat away at this world crisis. The normal diet for these caterpillars is wax from beehives. There is one characteristic in common between the wax from beehives and plastic. Both of these “foods” are made up of carbon-carbon bonds. In other words, because the caterpillars can eat wax, they also have the ability to digest plastic as well. Although plastic is far from organic, the carbon-carbon bonds allow the caterpillars to digest it. The caterpillars  not only consume the material, but the worms actually transform polyethylene into ethylene glycol. The substance, ethylene glycol, involves oxidative metabolism, which means it uses aerobic cellular respiration to energize the organism. As one can see, humans are not the only beneficiaries from wax worms eating plastic, but the caterpillars benefit as well.

The crisis of plastic waste is not domestic, it’s global, meaning all parts of the world are affected by this. As stated before, nearly 6.3 billion metric tons of plastic are in landfills, oceans, roads, etc. It is said that each caterpillar can only eat 2.2 milligrams of plastic each day, but there is a solution to this. We can modify the brains of caterpillars to be able to consume 5 grams of plastic a day by adding a chip that constantly releases ghrelin(a chemical which makes an organism hungry) and a larger stomach. If each plastic bag weighs 4.5 grams, each caterpillar can consume one plastic bag a day. Based off of the current statistics, it would take nearly 7 years for 100 worms to eat away at half of the world’s current plastic waste. This would mean the earth’s oceans could be much cleaner, as well as the landfills being many times smaller. Therefore, the modified wax worm caterpillars may have the potential to eradicate one of the global struggles. 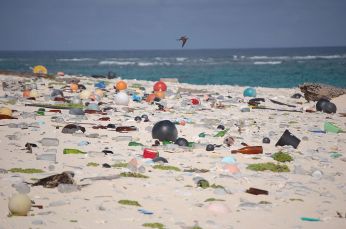 The idea of a minuscule insect eating away at one of the World’s largest struggles looks to be a fantasy, but it has been proven true. The theory of caterpillars consuming plastic was proven in the creation of the theory. A beekeeper, Federica Bertocchini, thinks of these caterpillars as pests, as they eat away at the wax of beehives. Since these caterpillars were pests, she collected them and threw them in the trash can. The next morning, when the beekeeper went to throw out more garbage, she noticed caterpillar-sized holes in her garbage can. She looked inside, and the theory came to fruition: the caterpillars were gone. She then wanted to prove caterpillars could turn the plastic into energy, so she mashed up the wax worms from her yard into a paste. She then spread that paste over some more plastic bags. Once again, the plastic dissolved away. This proved the theory that both humans and wax worms could benefit from the consumption of plastic. This is one of the many accidental, but glorious discoveries of the 21st century.

As one can see, wax worm caterpillars are a realistic and efficient solution to a crisis which has already had harmful effects to the environment. wax worms have proven they are capable of continuing their normal routine with plastic in their diet. Wax worms have been tested on multiple occasions, and all reports came back with the one statement: wax worms are capable of performing aerobic cellular respiration with plastic as the energy source. The world needs an efficient and proactive solution; well they sure got one. Wax worm Caterpillars are the future of environmental protection.