“If anything kills over 10 million people in the next few decades, it’s most likely to be a highly infectious virus rather than a war… We’ve actually invested very little in a system to stop an epidemic. We’re not ready for the next epidemic.” -Bill Gates, 2015

Unfortunately, Bill Gates was exactly right in making this statement in 2015. Coronavirus, more specifically the COVID-19 known to us, is a highly infectious respiratory virus that has caused a global pandemic. Starting in Wuhan, China, it has traveled all around the globe to our comfy homes. Everything is being affected by this virus: economy, manufacturing, production, politics, jobs, but most importantly, our health. 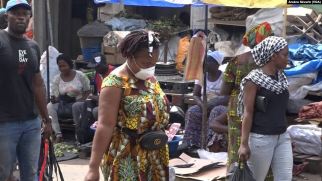 COVID-19 is spreading globally at an exponential rate. It appeared in a city in China called Wuhan in December 2019, and is believed to have come out of a seafood market. Patient zero has still not been identified, but we all know the quickness of this virus. To combat the virus, China quickly put a strict lockdown on the city of Wuhan on January 23. China then locked down their whole country, becoming the first country to do so, in an effort to stop this virus. Travel bans were being held in place and countries slowly started to follow China’s example. South Korea, Italy, and Iran were hit especially hard with the virus. When March finally came, the U.S. finally decided to take some measures and hold restrictions to practice social distancing. Italy surged past other countries with the highest death toll and had the highest number of cases in Europe. Sporting events, concerts, competitions were all getting canceled, including the 2020 Summer Olympics in Tokyo. Finally, we get to now in May, where Wuhan has become virus-free after a 77-day lockdown, and other countries, including the U.S., have started to open up while trying to maintain social distancing.

This coronavirus, to some people, just seems like another type of flu or cold. But the reality is, it is much more dangerous than the flu and can become even more dangerous if we don’t take the necessary precautions. The coronavirus spreads through droplets released in the air, like when an infected person sneezes or coughs. Droplets, however, fall to the ground after a few feet, which is why people need to stay 6 feet away from each other and wear masks to not retain any droplets. It can also be spread through surface transmission, making washing your hands and not touching your face out in public very important. It may be possible, however, that you may not even feel the symptoms of COVID-19, especially if you are a younger person. Or you may feel the symptoms after about 14 days of coming in contact with the virus. But, the dangerous thing about this is that you can be a carrier and not even know about it, putting other people, especially elders, at risk. The majority of deaths are coming from older age groups because of their lower level of immunity. This pandemic is similar to the Spanish Flu pandemic in 1918, and the world and the U.S. can learn from the mistakes and successes that different cities made. During that time, Philadelphia held a World War 2 parade, meanwhile St. Louis had put its entire city on lock down. The death rate in St. Louis was about 358 per 100,000 people while Philadelphia suffered 748 deaths per 100,000.

The time when this pandemic will stop is

a question every expert is trying to solve right now. Nobody knows what the future of this virus holds. A vaccine is needed to truly live without fear and go back to a normal life. The bad thing is that the vaccine isn’t expected to come sooner than 2021, so we may have to get used to this social distancing. Scientists also don’t know whether COVID is a seasonal virus or will come back every year like the flu. If it comes back in the same strand as before, people will have immunity to it, but it can also come back in different strands like the flu, wherein the vaccine is a very key role in our safety. There is not much we know right now since this virus is so new. The facts we do know are that we have to practice social distancing as much as possible to ensure the safety of ourselves and others by slowing the spread of the virus to not overrun hospitals.

The current focus is on stopping the spread of this virus, but we need to also start planning for our economic recovery after the virus. For companies in the medical field, business is booming, but outside of this, there are many more companies on the verge of collapsing. According to Deutsche Bank, the world’s major economies have the highest debt levels in the past 150 years, excluding World War II. There has been a similar instance, far tougher than what we are going to face, better known as the Great Depression. During the Great Depression, the United States’ GDP declined by nearly 30%, over a course of 43 months. In just the first quarter of 2020, the U.S. GDP has already declined by 4.8%. If we compare these two situations, the economic recovery will be much easier. The first step in the Great Depression comeback was to cut spending by lots. The second step in the process is lowering tax rates on the middle class. This may sound absurd for the government, but it’s a quite simple analogy. The faster people are able to recuperate, the faster the economy will recover. The current global pandemic has hurt the economy in countless variations, but in the famous words of Benjamin Franklin, “There are no gains, without pains.”

The COVID-19 pandemic will go down in history as one of the world’s most major events. No one has seen a virus outbreak this bad since the Spanish Flu of 1918 or a worse economic crisis than the Great Depression. Even with the advanced technology we have, a virus has shown that it is much more powerful. Hopefully, this can prepare the world for what to do next time with a pandemic of this scale. The memories you are experiencing during this time aren’t something many generations will live through. Later in life, this will be what kids study in their history class or what historical fiction novels will be about. Right now, though, we need to be doing everything we can to contain this outbreak and set the world on the right track again.