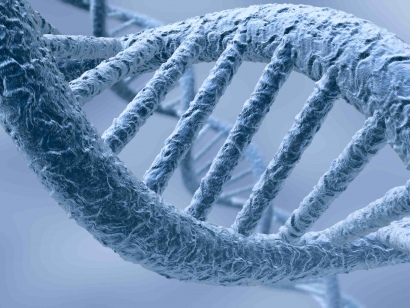 According to a recent study the atmosphere on Saturn’s moon Titan “could be creating the molecules that make up DNA without the help of water – an ingredient widely thought to be necessary for the molecules formation.”

The DNA within all life on Earth is only one potential set of nucleic acids that could have been chosen to create life on our planet.

Paul Davies, a leading astrobiologist states that “to the best of our knowledge, the original chemicals chosen by known life on Earth do not constitute a unique set; other choices could have been made, and maybe were made if life started elsewhere many times.”

This also leads to the concept that Earth’s atmosphere may have played a vital role in piecing together the foundations of life.

The Cassini research team performed experiments replicating the conditions of Titan’s atmosphere and found that “it appears to be less important that water is present to form these molecules than it is for some form of oxygen to be present in the mix of ingredients.”

This is yet another study that forces us to redefine what we think of as necessities, requirements, and definitions of life. The best part is that it’s right here in our star system!

One thought on “Titan’s Atmosphere Can Make DNA”