In 1934, a product was created that has yet to be trumped in its incredible power, not by 3D printing, bionic hands, or even self slicing bread. One man had the revolutionary idea to take blank pieces of paper and bind them together with a spiral of twisting metal. Thanks to this pioneer of liberal thinking, today, if you have 79 cents, you can become a god.

I grow impatient of your incessant rambling, Qwizx. Just tell me this amazing thing already!

Alright, jeez, Fictional Naysayer, I gotta rope you in and build the suspense a little, ok? Cool your ADHD jets…

Buy a notebook, and you can have superpowers… literally.

Of course, there is the obvious, “hey kids, unleash the power of your imagination,” (as though Wondergressive would ever become some PBS special or episode of SpongeBob). Or the spot-on philosophy of sci-fi grandmaster Robert A. Heinlein, World as Myth. Or, like we’ve already shown, creativity is the meaning of existence. No, this is much much much cooler than all that.

Get yourself a pad of paper and a pencil, those ancient technologies, to keep in your pocket at all times, and jot down any passing thought, even just a one or two word “note-to-self.”

Don’t be afraid to take it to serial-killer levels of obsessive compulsion: 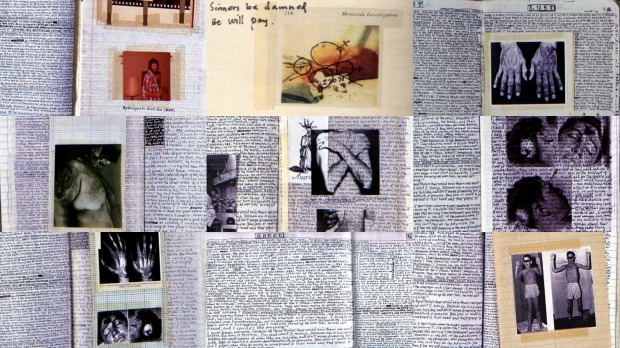 Short-term memory is super limited, so it’s easy to get overwhelmed if, say, more than two things are happening at once. But your brain is a tremendously powerful biological supercomputer capable of… frankly we have no idea, because we are constantly pushing the boundaries of what we are capable of. What the notebook does is very simple; it allows you to set your subconscious to its own devices and create miracles on par with walking on water.

So, this time, a buddy mentions something about eating more spinach, and we try something new; instead of “yeah yeah, I’ll get to it eventually” we simply jot it down in our handy dandy notebook… and that’s it. Don’t think about it again. Set it and forget it.

Ok, think of it this way: Yes, short-term memory is limited. Long-term memory, however, has no limits. None. (Well, not quite none. It’s only capable of storing the entire Milky Way galaxy jam packed with terabyte hard drives) and it thinks half a million times faster than you. Putting your subconscious to a task is like wondering what to make for diner and having the entire population of Luxemburg stop what they’re doing to exclusively weigh the pros and cons of mac-n-cheese vs. Chinese takeout. Assigning a job to the subconscious is really easy, too…

When we half-heartedly think “Yeah yeah, I’ll get to it when I get to it” what we’re saying is “Hey Luxemburg, just sit around. We’re not doing shit today” 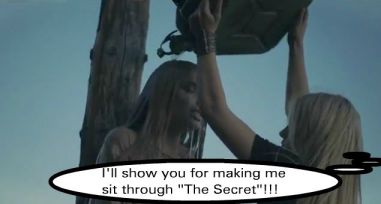 There is a general taboo on Magic, here in the age of science, but “magic” is just a word. The mind is so magnificently powerful that it’s incomprehensible to our thinking consciousness. Perhaps the first grimoire was just this concept; a young lady wrote down her inner thoughts and crazy “coincidences” started happening. (Shit, better burn her.)

Whatever. I have a journal and don’t own my own planet yet.

Second, take a special look at your language. Our thoughts are noise, and even the smartest among us are complete morons. That’s a good thing. When you wrote, “Brian is so cute, but there’s no way he’d like me,” Luxemburg took that and created exactly what you wanted. They got together and filtered what they would show you (like how he’s talking to Hillary and hasn’t noticed your low-cut top, asshole) hiding anything non-affirming (see how he can’t make eye-contact and keeps shifting his feet when you’re around. That’s a good thing). You will see whatever you already expect to see. That’s why Brian’s an asshole.

Instead, even if you don’t believe it, jot down “I think Brian might be into me,” and Luxemburg will start to show you little bits of proof that you’re right.

Sure do. In ’95, Neal Donald Walsch was a broken man. Razor in hand, ready to open his wrists in desperation, he played one last-ditch wild card that he never expected to work. He pulled out a spiral notebook and started frantically scrawling a passionate hate letter to God, demanding answers to not just his own turmoils, but to the big existential things; why is there so much suffering? What happens when we die? Bad things to good people, all that.

A devout atheist, eventually, in his passion, something happened. He started expecting an answer. In that moment, he got one. His hand started moving of its own accord, and the revelations revealed were nothing less than divine. These madman scribblings have gone on to become a series of spiritual texts lauded the world over. God? Brain? It doesn’t matter.

Another. Are you reading this on a Mac? So you’ve heard of Steve Jobs? His biography flies off the shelves and one of the most beautiful things in it is his constant demanding of the impossible. All throughout the book are moments where a chief-engineer would come to him with bad news, “Steve, we can’t do it. I know what you’re saying; it’s just that what you need us to do doesn’t exist. It’s impossible.”

Top engineers for Apple or Pixar are kind of smart, so if they say something isn’t just hard, but utterly impossible, then, yeah, it can’t be done. Steve, charismatic manager that he was, would simply say, “Fucking do it, or you’re fired.”  And it got done. Every time. (Screw you, reality)

Get your own spiral notebook without leaving your house!

Is that really all there is to it?

Yep. When you write it down it gives your brain permission to do what it does best, solve problems.

Don’t think big. Think huge. Don’t think huge. Think cosmic. Just decide and don’t worry about the how. Your private fleet of subatomic-physicists, genetic-engineers, economists, composers, and dreamers can work out the details.

Bionic Hand That Can Feel

How Handwriting Trains the Brain

Obese? Got a Fatty Liver? No Problem. Spinach and Nuts Have You Covered

How Do Brains Filter Data?

Preserving Integrity in the Face of Performance Threat

Conversations With God, an Uncommon Dialogue

One thought on “Become a God for 79 Cents”